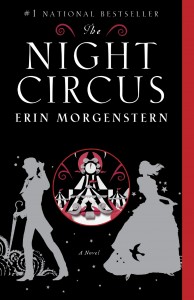 When my kids were babies, I read a book a day. As the supreme-book-picker-outer for two book clubs, I have to read at least 20-30 books a year to make my book club selections. And as a writer, I find it hard to read and write at the same time.

Conservatively, I would say that I read between 60-90 books a year. I tend to binge on them–eight in a week followed by two weeks of writing. Last summer, I took 17 books on my eReader and read them all on a six day cruise and three days of travel.

I love that I have friends from all over the country who still email me with book suggestions. Many times I have already read them but it is nice to see what books they think I would like. (Most of them deal with some level of dysfunction…hmmmmmm…)

Here are some of my favorite books, in no particular order:

If you have not read this book, you have missed one of the literary greats. As a fan of multiple point of view stories, this is a shining example. The language is pitch perfect, the story is riveting and the themes are complex.

The Red Tent by Anita Diamant

My church-based book club read this book and it made for a fabulous discussion. A book about menstrual cycles in Biblical times is an arresting logline but the stories are unique. Based on Rachel and Leah from the Old Testament, its an interesting peek into catty women and their difficult relationships–fueled by PMS.

The oldest and least read on this list. I read Phantom in college, at the height of Andrew Lloyd Webber’s musical. It tells the story of Erik and Christine before and after the story we all know. I love it for its backstory and its exactly adherence to Gaston Leroux’s original novel, which was written as a police report. Brilliant!

Kindness of Strangers by Katrina Kittle

Katrina is one of my favorite authors of all time–and a good friend. Her book, The Blessings of the Animals is her most recent book and one I can wholeheartedly recommend to all audiences. Kindness of Strangers is my favorite though. It follows a young boy who has suffered sexual abuse at the hands of his parents. The story is not about the abuse though. It is about his triumph over it–scars and all.

The Help by Kathryn Stockett

A lesson in capturing voice, I walked through two stores while my husband carefully guided me around poles and other shoppers, because I could NOT stop reading this book.

Gods in Alabama and Backseat Saints by Joshilyn Jackson

Joshilyn Jackson is an online friend who was kind enough to take me along for lunch at a conference we attended. We discussed Joss Whedon, Indian food and revisions. I fell in love with Gods in Alabama–in part because of its first paragraph. I was thrilled then when she wrote a sequel of sorts in Backseat Saints. Both are excellent and you can read them in any order.

Water for Elephants by Sara Gruen

I just saw Sara last week at an event, where she discussed the upcoming movie, her research methods and her love of animals. Sara is one of the heroes of NaNoWriMo,having written three of her first drafts in the month of November. Water for Elephants has delicious twists and turns. I was convinced she had wrote herself into a corner until I read the end. Brilliant!

I have cried over exactly two books. This is one of them. Unfairly, Lisa is a bestselling author, a brain surgeon (!!) and gorgeous. I’d like just one of those traits. Still Alice is about early onset Alzheimers and Lisa wrote it from the patient’s point of view. Talk about an unreliable narrator. Alzheimer’s looms on my horizon and this book was both educational and terrifying. And in the end, it was heartbreaking.

Clever and sweet, this book was published after the author’s death (Mary Ann). I mourn that we won’t have more books from her. Each of these characters come to life and still live on in my brain.

There are so many more to suggest.

What are some of your favorite books?