Home | The Care and Feeding of Viral Posts

The Care and Feeding of Viral Posts 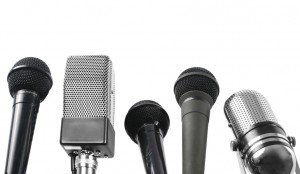 We live in the age of viral posts, where everyday an under-the-radar blogger publishes a heart-felt post about {insert buzzword here} and suddenly find herself on morning talk shows, defending her view to a panel of experts.

The author of the viral post is lifted high with “atta-girls,” a flurry of Facebook Likes, and five minutes of trending on Twitter. In some cases, book deals are offered, careers are launched, and new fans are cultivated. But in the same time frame of her 15 minutes of fame, vicious comments disparage the author, rebuttals are written with scathing tones, and dirt is offered up on the “supposed expert.”

Our anonymous, drama-addicted society sees no wrong in this whiplash version of fame.

Let’s suppose the author was thoughtful and intent on their topic, whether it is parenting, social media, celebrity behavior, bullying, rape culture, or special needs. I believe most viral phenomena are unassuming, honest comments from normal everyday people. A sparkling stardust idea fell from the sky and landed in their heads. And they were compelled to share the idea.

Let’s also assume these authors are not professional lawyers, award-wining graphic designers, or familiar with sudden fame. So why do we expect their genuine post to cover every alternative argument and circumstance? Why is the format of the blog, the photo accompanying the post, and the typos argued ad nauseum? And why is the author expected to respond in grace and with thick skin to hateful comments, disparaging her, her family, and her dog?

We even hamstring the new celebrity blogger by calling any clarification or rewording “defensive” or “backpedaling.” The blogger’s essence is distilled down to a sound bite, minimizing the person and their importance.

So when reading tomorrow’s viral-post-of-the-day and the day-after-tomorrow’s heated rebuttal, please keep these simple reminders handy:

1.     The person who wrote the post (and the rebuttal) is a PERSON—a real-life person, who you would likely apologize to if you bumped into them with a grocery cart. So stop with the name calling, the question of the parentage, and the hypotheses on their IQ and/or destination in the afterlife.

2.     Assume the post of 200-600 words does NOT cover every single aspect and every single argument. Assume the point of view is broader than the few words listed. Assume it is an invitation to DISCUSSION. But discuss with kindness.

3.     If you are going to add a comment, do so with your name and not anonymously. It is my opinion that anonymous commenters should have to wear a yellow A, in a nod to the scarlet letter. If you don’t want your name attached to your nasty comments, don’t comment.

4.     Recognize sarcasm. Even Sheldon Cooper can learn how to identify sarcasm.

5.     Consider the post as a conversation opener, not a definitive line in the sand. We are all allowed to have opinions. And for the record, let’s define the word opinion.

o•pin•ion noun 1. a view or judgment formed about something, not necessarily based on fact or knowledge.

No matter how loud you yell or how vehemently you use your exclamation points (!!!!), your opinion is not more important than someone else’s. Broaden your worldview. You will learn more from people who hold vastly different beliefs than you will from the same homogenous crowd of lemmings.

6.  Lower the communal need for 24-7 drama. Reality television is bad enough. Don’t turn thought-provoking idea exchanges into a WWF smack down. Do as I do and save all your drama for fictional books (and in my opinion, this is the absolute correct course of action.)

My morning prayers will now include please god, first, don’t let me win the lottery and second, don’t let me write a viral post. I don’t have the stomach for either.