I was tagged by Masako Moonshade for The Next Big Thing blog series. She asked (and answered) the following questions:

1.)     What is the working title of your book? It is titled Zone Trippers.

2.)    Where did the idea come from for the book?   Have you ever looked in the mirror and been caught off-guard by the person looking back at you? It is like saying a word so many times, it becomes mush in your mouth and meaningless. I think we see ourselves so often that we forget who we really are. Then I wondered what it would be like to see yourself, from inside yourself, but with new eyes. And the idea of soul swapping was born.

I shared the idea on a whim with a writing friend and she was enthralled. Once I realized all the rules which would change if souls were transient, the stories just wrote themselves.

3.)     What genre does your book fall under?   There is some debate on that. I have always seen it as an epic family drama with a slight sci-fi twist. But the sci-fi assignation creates certain expectations. It has been classified as a thriller, a mystery, a medical drama, paranormal, magical realism, and my favorite, new weird.

4.)    Which actors would you choose to play your characters in a movie rendition?   I have images saved on my computer for many of the characters. If it were ever to become a movie, I can only say that I would want Joss Whedon to direct (might as well dream big.)

I envision Nathan Fillon or Brendan Fraser as the father figure, Owen. Eve would require an actress who could bring to life the many, many souls who inhabit her body. Perhaps Chloe Grace Moretz or Ellen Page?

5.)    What is the one-sentence synopsis of your book? Owen loses his daughter, Eve, to the worldwide epidemic of zone tripping (or soul swapping) and he risks everything to bring her soul back home.

6.)    Will your book be self-published or represented by an agency?   I am currently searching for an agent and would like to be traditionally published. I have editor envy and I want to work within the industry to make my book(s) the best they can be. I admire the people who can self-publish but it is not an avenue I am currently pursuing.

8.)    What other books would you compare this story to within your genre?    I’ve always pitched it as Taken meets Contagion (both movies).   Stylistically, it is similar to The Time Traveler’s Wife and World War Z. How odd is that?

9.)    What inspired you to write this book?    The world is far bigger than you think it is. Much of your world view is based on geography, including your political leanings, your religion choice, your likes/dislikes, your expectations, your status quo, etc. If geography lines were erased, the world would change. But would it change for the better?

10.)  What else about your book might pique the reader’s interest?    There is a reality show which abuses the pretty zone trippers they have procured for the show. And there is a serial killer who believes he is called to kill zone trippers and release their souls. He marks them with an infinity sign on their wrist, therefore, he becomes the Infinity Killer. Ironically, he is a zone tripper too so he has a permanent “get out of jail free” card as he kills. 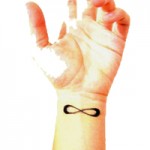 I’ve tagged my fellow writerly friends to answer the same questions on their blog next week. Please plan to visit their sites (and subscribe.)